2018 prospect A.J. Reeves, a 6’5 shooting guard out of Massachusetts’ Brimmer & May School, has trimmed his extensive list of suitors to a final four of Villanova, Virginia, Providence, and Louisville. He announced the news via his personal Twitter page, and posted the photo shown to the right. The sharpshooter won the Adidas Championship last July as a member of the dominating Mass Rivals AAU program, and this past season as a junior, Reeves showcased his vastly improved three-point marksmanship, knocking down treys at a 46% clip. His ability to score off the dribble and stay engaged defensively for longer stretches, as well as learning to use his unique blend of length and lateral quickness, has helped elevate his overall game. 247Sports currently has him ranked as the 73rd overall prospect in the 2018 class.

Jay Wright extended Reeves a scholarship offer in February and the Massachusetts native paid a visit to the Main Line last month. Providence and head coach Ed Cooley, who has been relentless in his recruiting of Reeves since 2015 and recently landed his former Mass Rivals teammate Makai Ashton-Langford, appears to be Villanova’s stiffest competition for Reeves’ services because of Cooley’s efforts, as well as their close proximity to his home.

I have provided Reeves’ scouting report from ESPN Insider below:

Strengths:
Reeves is a late blooming big guard whose frame has stretched another three inches since he arrived in the high school level and is now starting to develop the strong body to compliment his size advantage in the back-court. While he projects off the ball at the next level, he’s a solid ball-handler and passer, who plays primarily with the ball in his hands in high school. He owns a good looking pull-up game with the size and compact release to score over smaller guards, has shown flashes of taking defenders down to the block and the mechanics to become a good three-point shooter.

Weaknesses:
He’s more athletic north to south than he is east to west and so he isn’t always able to get all the way to the rim in a half-court game. While he’s a vastly improved shooter, especially in the mid-range area, he’s not yet a high percentage shooter from behind the three-point line and that’s an area of his game that will become increasingly important at the next level. He’s just learning to manufacture his own offense in the half-court and isn’t great laterally on the defensive end.

Bottom Line:
He’s a big guard who is evolving into a player who can be athletic in the open floor, score over smaller guards in the half-court and be a good secondary ball-handler and decision maker. 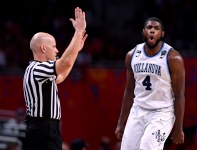 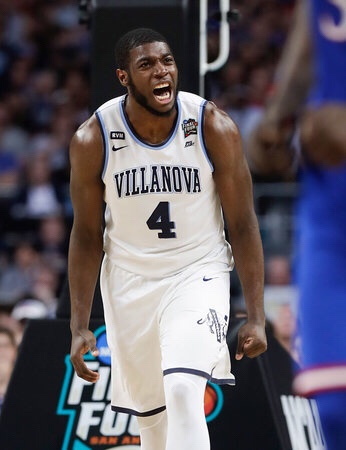 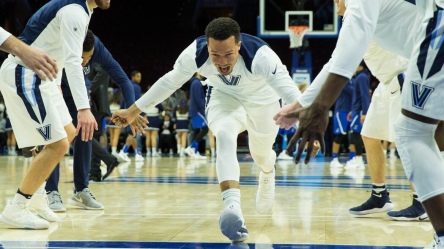 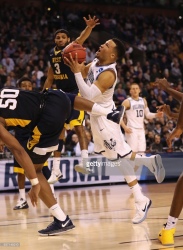 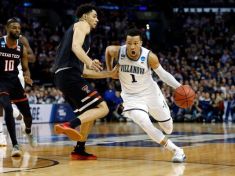 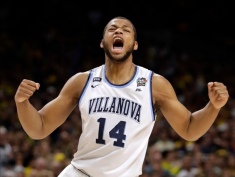 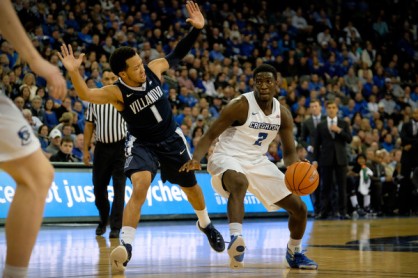 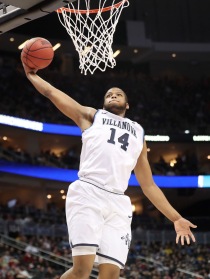 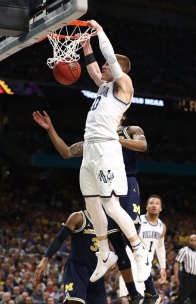 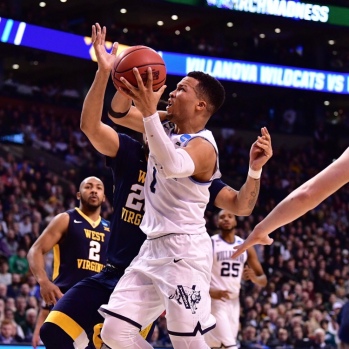 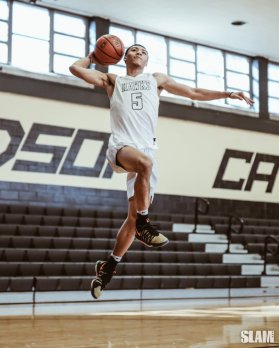 Villanova’s Jalen Brunson (1) shoots over Creighton’s Khyri Thomas (2) during the first half of an NCAA college basketball game in Omaha, Neb., Saturday, Feb. 24, 2018
%d bloggers like this: